Recently I have been trying out some medieval recipes. A few weeks ago I tried Medieval gingerbrede. The consistency was quite unusual compared to the modern sort. I think that the next time I try the recipe I might use a blender to 'grate' fresh bread rather than use toasted breadcrumbs. The recipe called for the gingerbread to be sliced into pieces, but I rolled it into balls and dipped it in sugar so that it would be easier for people to nibble on. 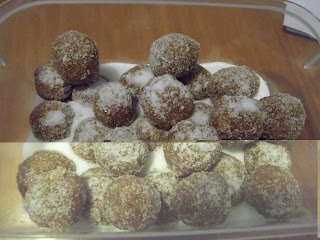 I also tried a broad bean omelette, which I made in a frittata dish. It wouldn't take much to put me off  eggs, and I had never tried broad beans, but I did enjoy the frittata. My family are not familiar with Medieval food, and they all enjoyed it too. So I was very pleased with that recipe! 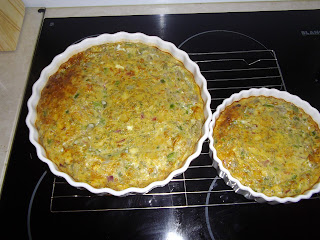