ANZAC Day - Lest We Forget 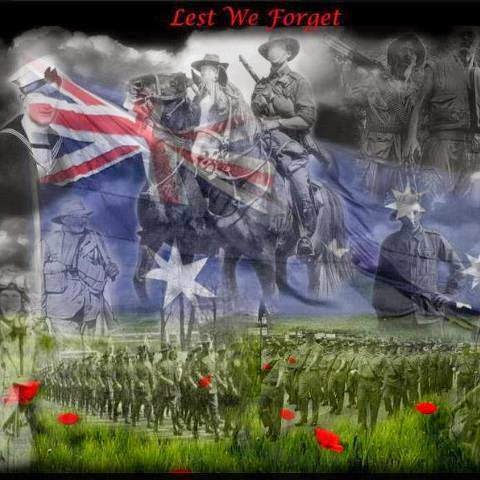 I recently made a subteltie for a big event, and I wanted some toffee to accompany it. I have made pynade before, and it has been very popular.

There are other variations on this recipe in various Medieval and Renaissance cookbooks. Once sugar began to be regularly imported and was considered a sign of wealth and status, the level of sweetness in many foods (especially desserts) really increased. This recipe is one that will have your teeth curling from the sweetness, particularly if you experiment with substituting sugar for the honey.

My most recent redaction:
2 cups honey
1/4 teaspoon ginger
1/4 teaspoon cinnamon
1/4 teaspoon black pepper
200 grams pine nuts in 3 lots
1/4 teaspoon allspice
I mixed all the ingredients together in a saucepan and brought it all to a boil. I  boiled it until it reached 300 degrees F on a candy thermometer. This can take a long time depending on the type of stovetop you have and also the type of honey and any water or impurities it may contain. As with any toffee-type sweet, the mixture is scaldingly hot and sticky, so be extremely careful when cooking and don't be tempted to step away from the pot for a moment. It can boil over in an instant and you will at the very least have a horribly hot and sticky mess to clean up and at the worst an extremely bad burn.

I added about half the pine nuts at the beginning of the process, and put the rest in in two batches. I did this because I wanted a bit of variety in the colour of the nuts and also how cooked they tasted. The result was pleasing, if a little bit too sticky. I dusted the toffee in castor sugar after breaking it up and then kept it in the fridge to reduce the stickiness. My family are not used to much medieval food, but they all enjoyed this candy. I cut back a lot of the spices because several people with specific spice allergies were going to be attending the event. I personally like a more spiced candy because I think that the spices help to cut through the sweetness. Powdered galangal and grains of paradise are really hard to find where I live but I would have included them if I could have. I have also tried coriander root in the past, which added a pleasant element to the recipe.

You can vary the spices according to taste and what you have available. I have experimented with substituting sugar instead of honey and also used raw pine nuts and almonds (both peeled and with the skins on.) All these variations make the candy change in taste, texture and colour, but it is always popular with people who have a sweet tooth!
﻿﻿﻿﻿


Beautiful embroidery from Michele Carragher; you may recognise her work from 'Elizabeth I' and 'Game of Thrones' - 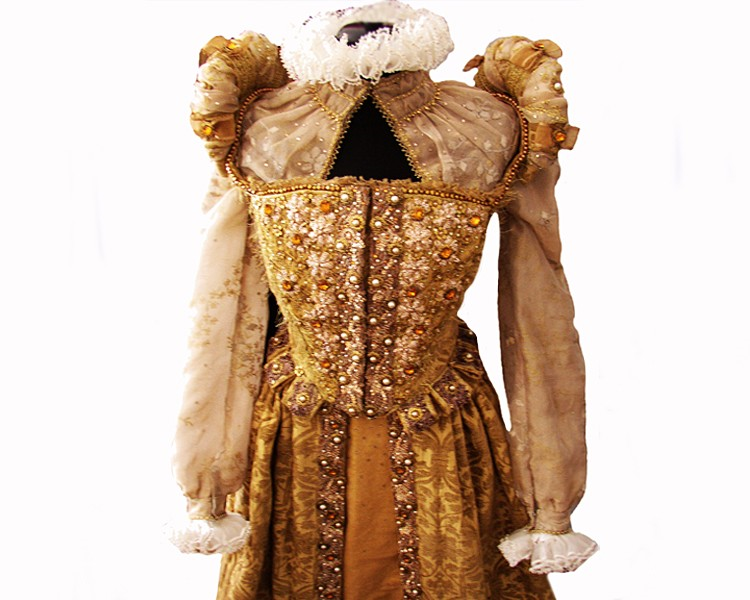 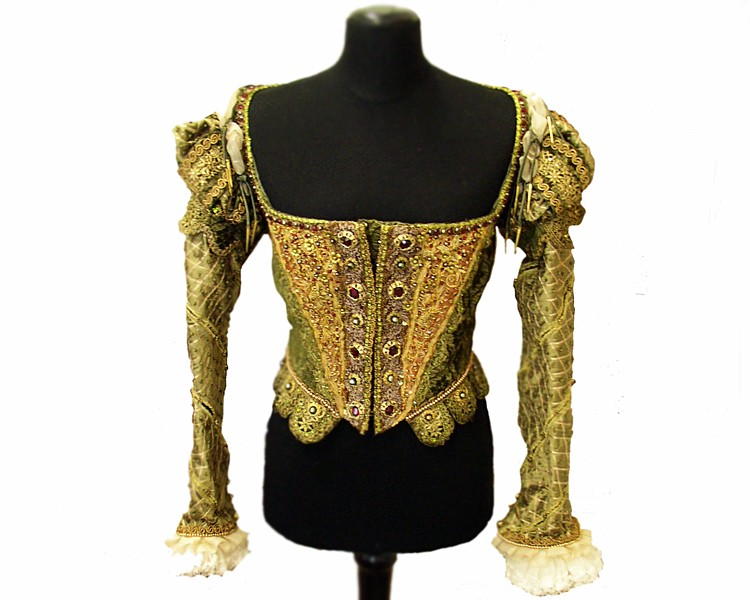 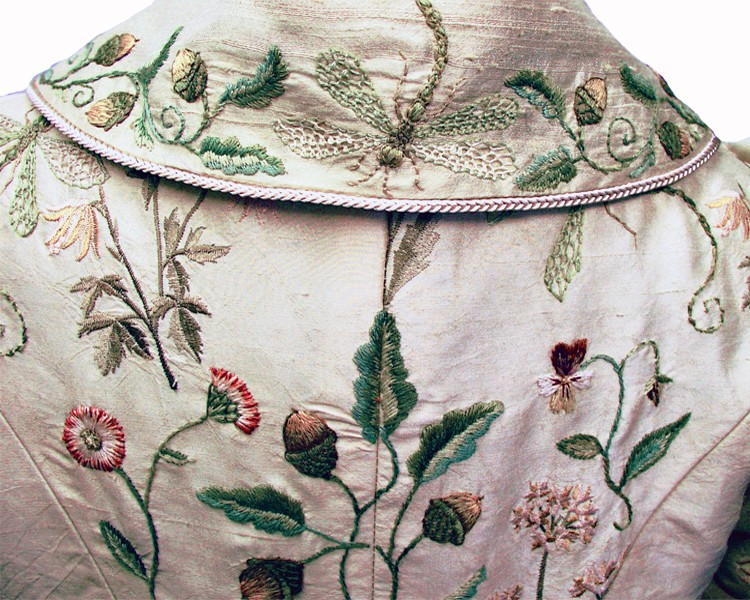 More information at (and images from) http://www.michelecarragherembroidery.com/index.htm
﻿
Posted by Fionn O'Mara at 2:52 PM No comments:

Email ThisBlogThis!Share to TwitterShare to FacebookShare to Pinterest
Labels: Elizabeth I, Game of Thrones, Michelle Carragher

Here are some necklaces that I strung recently.


This is a necklace that I made for myself. I bought the silver and enamel pendant about twenty years ago at a 'going out of business' sale. I had never put it on a necklace and had honestly forgotten all about it until I found it a couple of weeks ago. I was delighted to realise that the seahorse to sinister and the silver and purple all match my SCA device. So I strung it on tiger tail with a mix of freshwater pearls and black glass beads. 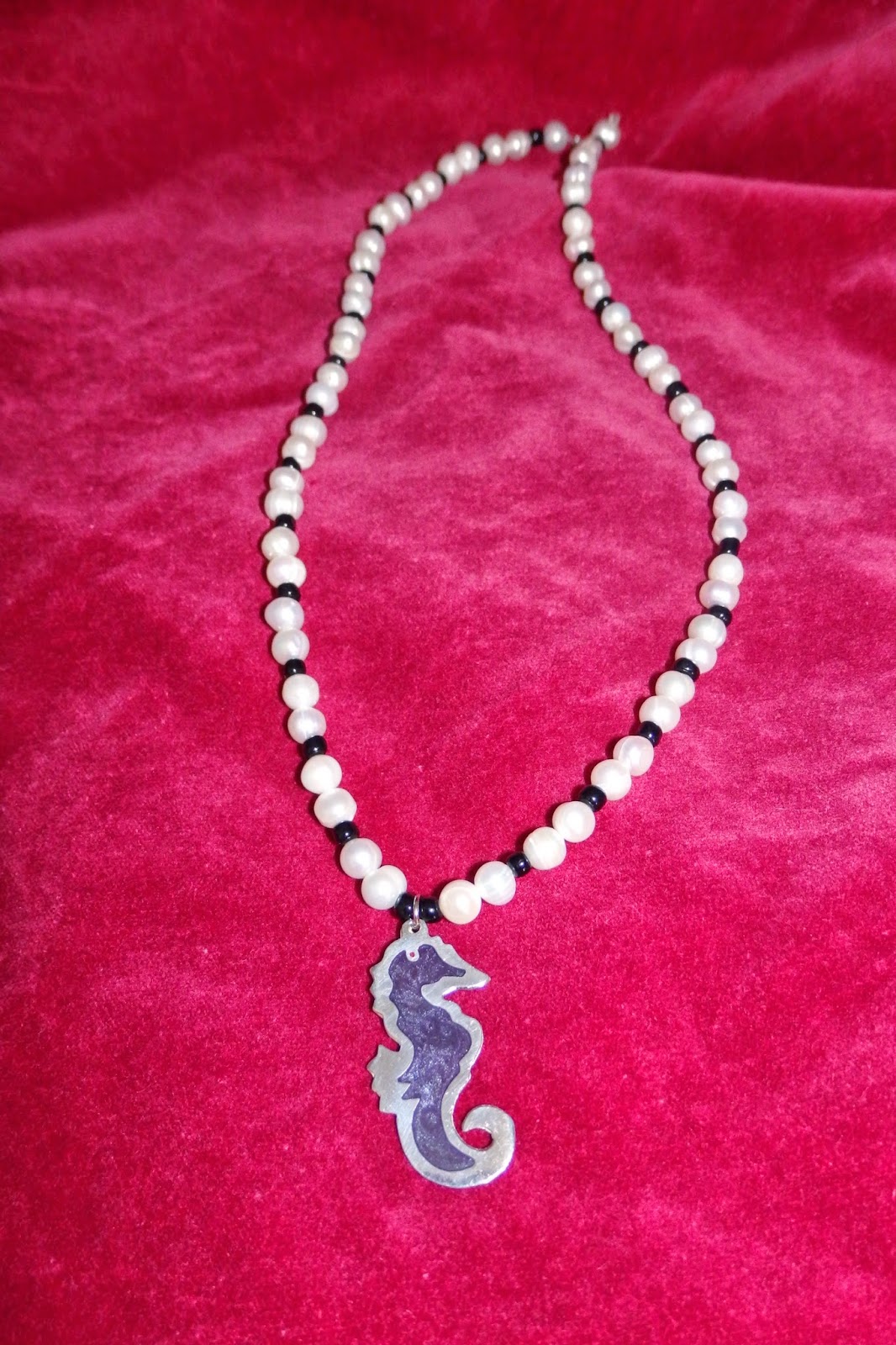 I made this necklace as a gift. The purchased onyx pendant is set in silver and the pearls are freshwater baroque pearls. 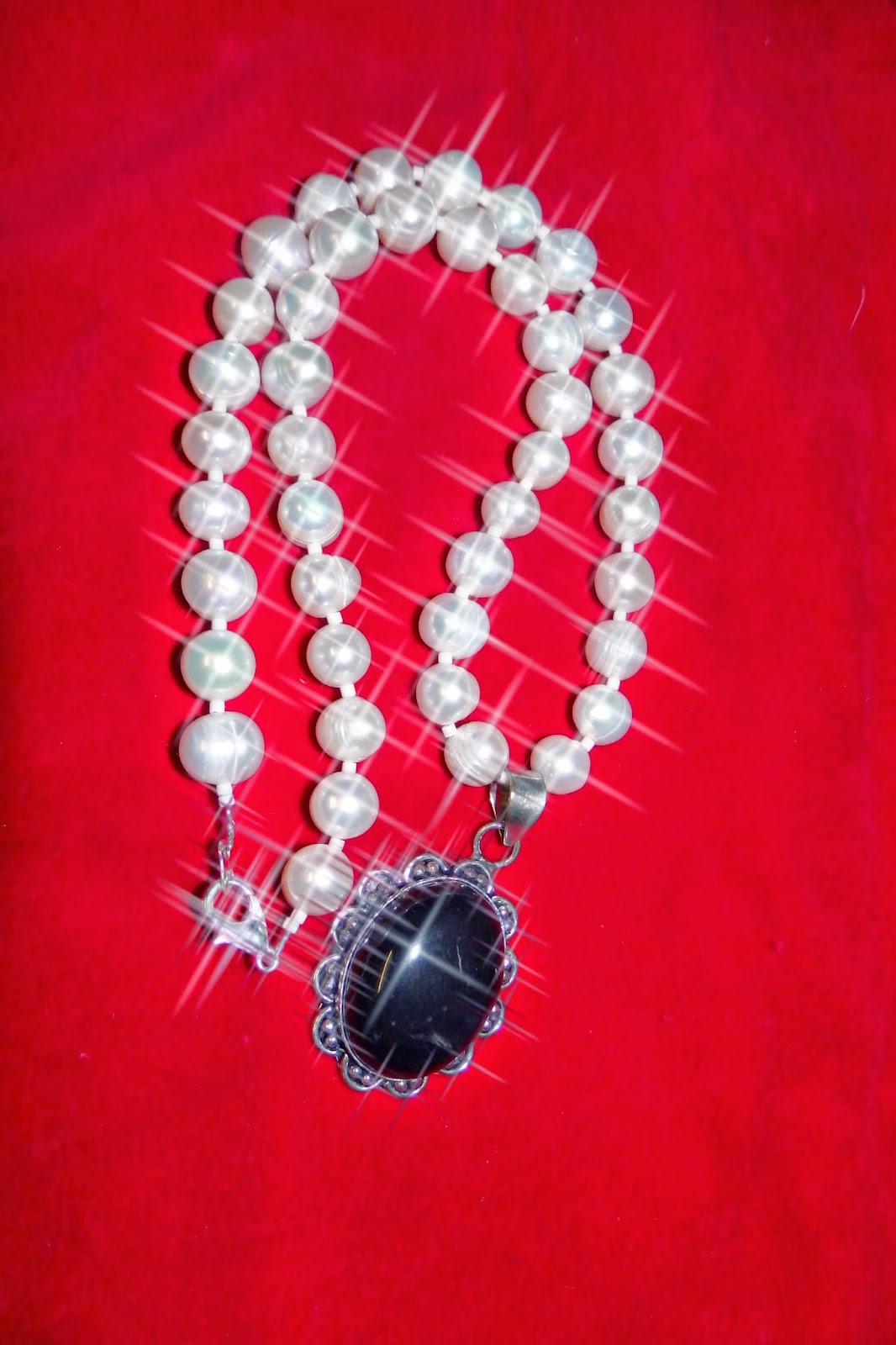 This necklace was also a gift. The beads are maroon glass, and foiled red and turquoise glass beads, and the metal pendant is an antiquity. It is a Byzantine pendant dug up on what was probably a trade route in Bulgaria. 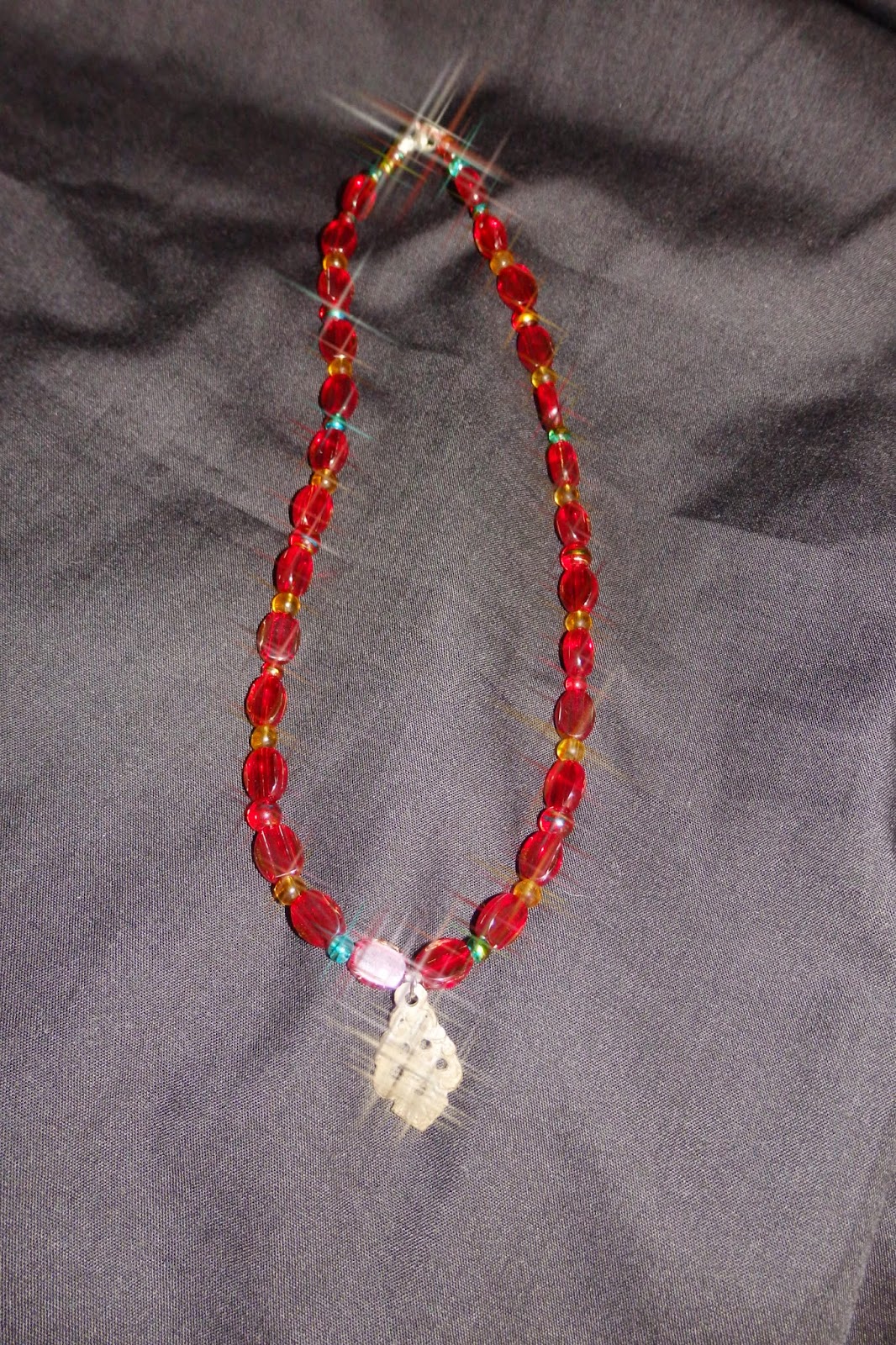 A detailed view of the pendant: 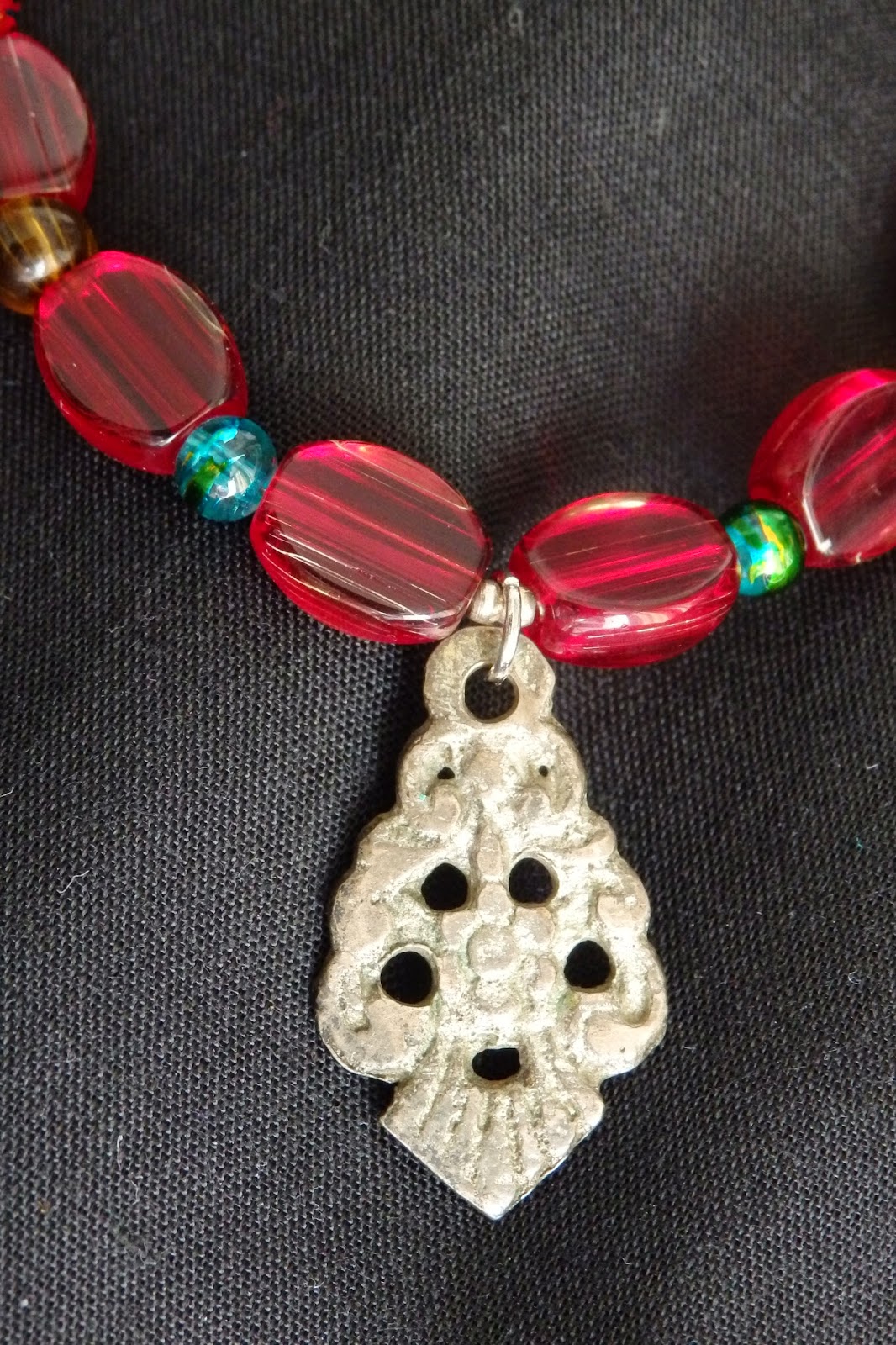