I finally managed to get the hems sewn on the holly partlet, and it is ready to wear. I am pleased with how it turned out, and I would like to do another in different colours in the future. 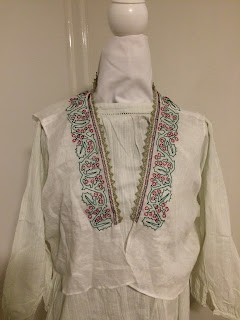 (It is sitting a little askew on the mannikin here.) 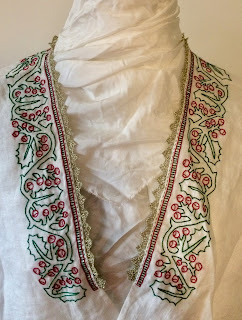 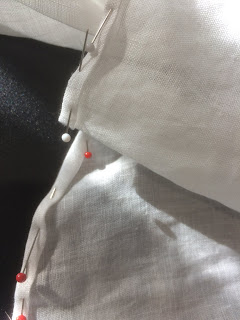 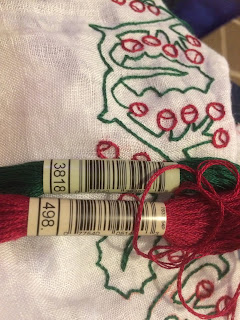 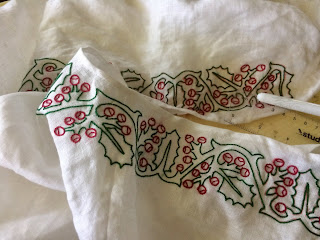 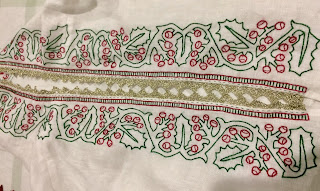 On 25th April (here in Australia) we commemorate the service and sacrifice of our armed services personnel. This year due to Covid-19 restrictions, there will be no public gatherings, but we will still remember them. 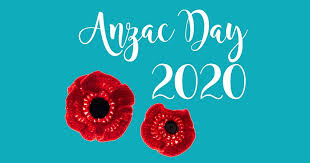 Wishing those who celebrate, a wonderful Easter! 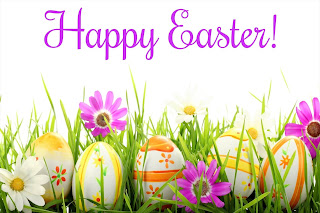 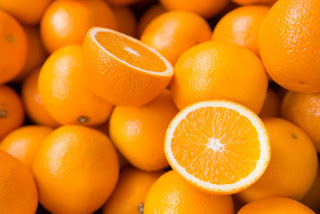 "A goodlye secret for to condite or confite Orenges, citrons, and all other fruites in sirrop", a recipe from Thomas Dawson, THE SECOND PART OF THE GOOD HUS-WIVES JEWELL, 1597.

"(1) Take Cytrons and cut them in peeces, taking out of them the iuice or substance, (2) then boyle them in freshe water halfe an hower untill they be tender, and when you take them out, (3) cast them into cold water, leave them there a good while, (4) then set them on the fire againe in other freshe water, (5) doo but heate it a little with a small fire, for it not seeth, but let it simper a little (6) continue thus eight daies together heating them every day inn hot water: (7) some heat the watre but one day, to the end that the citron be not too tender, but change the freshe water at night to take out the bitternesse of the pilles, the which being taken away, (8) you must take suger or Hony clarified, wherein you must the citrons put, (9) having first wel dried them from the water, & in winter you must keep them from the frost, (10) & in the Sommer you shal leave them there all night, and a day and a night in Honie, (11) then boile the Honie or Sugar by it selfe without the orenges or Citrons by the space of halfe an hower or lesse with a little fire, (12) and being colde set it againe to the fire with the Citrons, (13) continuing so two mornings: if you wil put Honnie in water and not suger, you must clarifie it two times, and straine it through a strayner: having thus warmed and clarified it you shall straine and (14) sett it againe to the fire, with Citrons onely, making them to boyle with a soft fire the space of a quarter of an houre, (15) then take it from the fire & let it rest at every time you do it, a day & a night: (16) the next morning you shall boyle it again together the space of half an hower, and (17) doo so two morninges, to the end that the Honie or Suger may be well incorporated with the Citrons. All the cumuing (sic) consisteth in the boyling of this sirrope together with the Citrons, and also the Sirrope by it selfe,and heerein heede must be takken that it take not the smoke, so that it savour not of the fire: In this manner may be drest the Peaches, or lemmons Orenges, Apples, green Malnuts, and (18) other liste being boile more or lesse, according to the nature of the fruits."
Reproduced at: http://damealys.medievalcookery.com/CandiedFruitPeel.html
A transcription of the 1596 edition of The Good Huswifes Jewell can be found here:
http://www.medievalcookery.com/notes/ghj1596.txt

This recipe comes from Le Ménagier de Paris, originally written circa 1393 and reproduced at  http://acrosstheagesblog.blogspot.com/2013/04/candied-orange-peel.html :
"To Make Candied Orange Peel, cut the peel of an orange into five pieces and scrape away the loose skin inside with a knife, then set them to soak in good fresh water for nine days and change the water daily; then boil them, letting them come once to the boil only, in fresh water, and this done, spread them on a cloth and let them dry thoroughly, then put them in a pot of honey until they be quite covered therewith, and boil on a slow fire and skim.  And when you think that the honey is cooked (to try if it be cooked, have some water in a spoon, and pour a drop of the honey into the water and if it spreads it is not done, and if the drop of honey remains in the water without spreading, then it is done), then you must take out your pieces of orange peel and set out a layer in order and sprinkle powered ginger thereon, then another layer and sprinkle, etc., usque in infinitum; and leave them for a month or more and then eat them."