This week I have spent a lot of time creating a solteltie for a Ball and feast. The base was created from gingerbread which was then covered with commercially produced fondant icing. The figures were roughly marked out as an imprint, based on an early Renaissance image of a betrothal. I tweaked the image to make it look like people dancing, and added a tassel hanging in front of the banner of my Barony as there was to be a tassel kicking competition at the event.

I had hoped to try out my new edible ink felt tip pen, but it just collected the icing. Back to the old fashioned way- food colouring and a small paintbrush. Most of the colours were gel food colourings mixed with a little bit of vodka. I thought that they covered very well.

Decorating the icing took a long time, but I thought that the result was worth the time. The silver 'balls' are soft sugar pearls. They look like cachous but do not have that horrible tooth-cracking feeling when you bite into them. The little daisies are made of fondant. 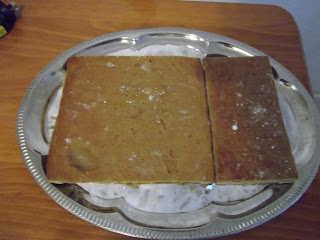 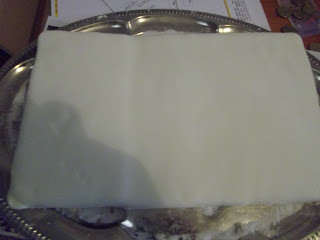 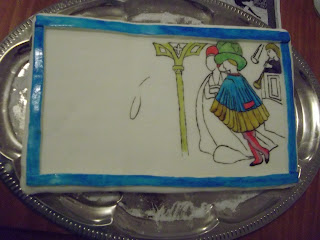 Some figures have been marked out.. 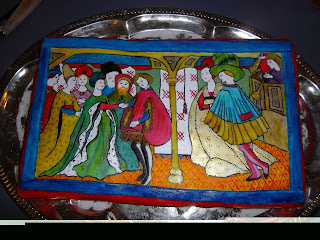 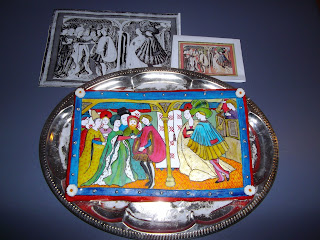 The piece with the inspiration images beside it 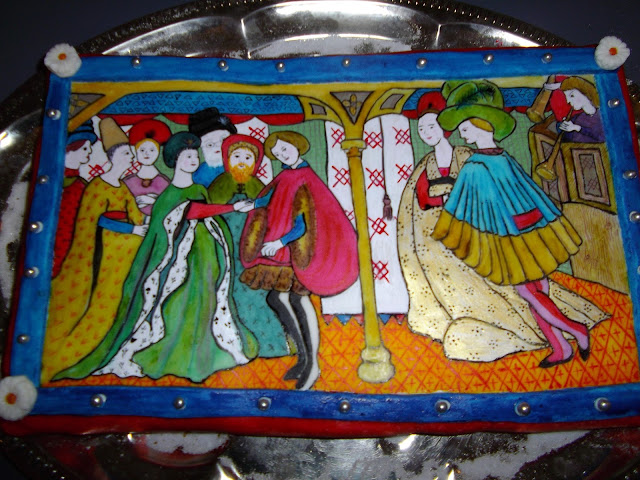 The finished piece. I added caster sugar around the edges later, to cover the platter